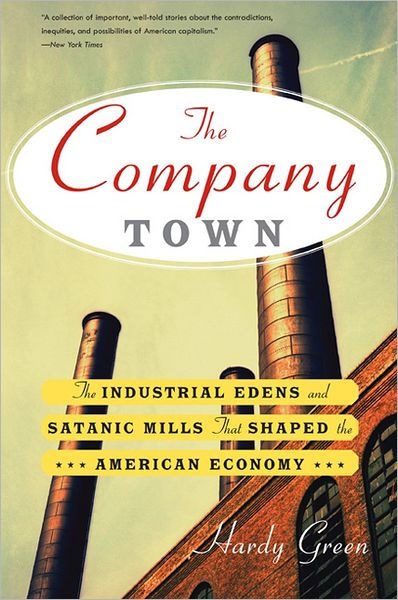 by Hardy Green
Company town: The very phrase sounds un-American. Yet company towns are the essence of America. Hershey bars, Corning glassware, Kohler bathroom fixtures, Maytag washers, Spam — each is the signature product of a company town in which one business, for better or worse, exercises a grip over the population. In The Company Town, Hardy Green, who has covered American business for over a decade, offers a compelling analysis of the emergence of these communities and their role in shaping the American economy, beginning in the country’s earliest years.From the textile mills of Lowell, Massachusetts, to the R&D labs of Corning, New York; from the coal mines of Ludlow, Colorado, to corporate campuses of today’s major tech companies: America has been uniquely open to the development of the single-company community. But rather than adhering to a uniform blueprint, American company towns represent two very different strands of capitalism. One is socially benign — a paternalistic, utopian ideal that fosters the development of schools, hospitals, parks, and desirable housing for its workers. The other, “Exploitationville,”; focuses only on profits, at the expense of employees”; well-being.Adeptly distinguishing between these two models, Green offers rich stories about town-builders and workers. He vividly describes the origins of America’s company towns, the living and working conditions that characterize them, and the violent, sometimes fatal labor confrontations that have punctuated their existence. And he chronicles the surprising transformation underway in many such communities today. With fascinating profiles of American moguls — from candyman Milton Hershey and steel man Elbert H. Gary to oil tycoon Frank Phillips and Manhattan Project czar General Leslie B. Groves — The Company Town is a sweeping tale of how the American economy has grown and changed, and how these urban centers have reflected the best and worst of American capitalism. 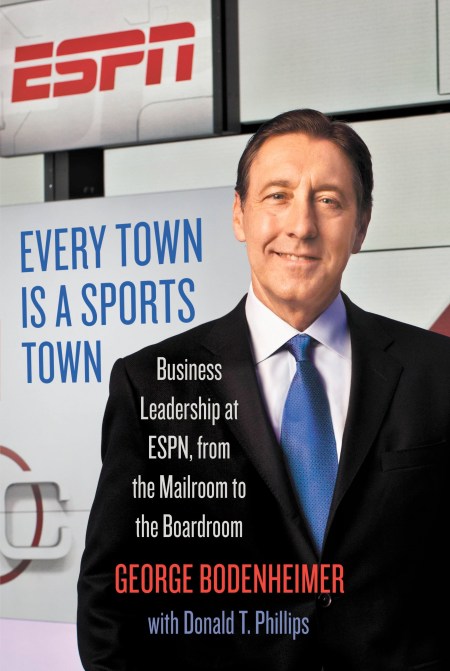 Every Town Is a Sports Town

It may be hard to believe, but not long ago, getting sports updates was difficult and frustrating. ESPN changed everything. George Bodenheimer knows. Initially hired to work in the mailroom, one of Bodenheimer’s first jobs was to pick up sportscaster Dick Vitale at the Hartford airport and drive him to ESPN’s main campus–a couple of trailers in a dirt parking lot. But as ESPN grew, so did George’s status in the company. In fact, Bodenheimer played a major part in making ESPN a daily presence not just here, but all over the world. In this business leadership memoir–written with bestselling author Donald T. Phillips–Bodenheimer lays out ESPN’s meteoric rise. This is a book for business readers and sports fans alike. A Best Business Book of 2015, Strategy Business 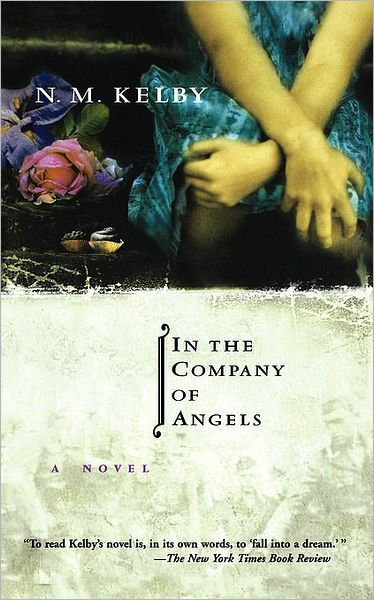 In the Company of Angels

by N. M. Kelby
Now available in paperback–“To read Kelby’s novel is, in its own words, to ‘fall into a dream, a flying dream.’ To paraphrase and summarize such fine spun fiction must inevitably be as inadequate as any attempt to retell your most amazing dream the morning after.” —New York Times Book Review Scented by chocolate and haunted by war, this compelling novel of dark miracles and angelic visitations offers up a distinctly imaginative new voice in fiction. Marie Claire is a young French Jew in a Nazi-occupied Belgian town, cared for by her grandmother, who cultivates flowers. A shattering of glass, and Marie Claire’s village is in rubble. Her grandmother is dead, everyone is dead. She flees to the root cellar of her grandmother’s house and waits. . . . 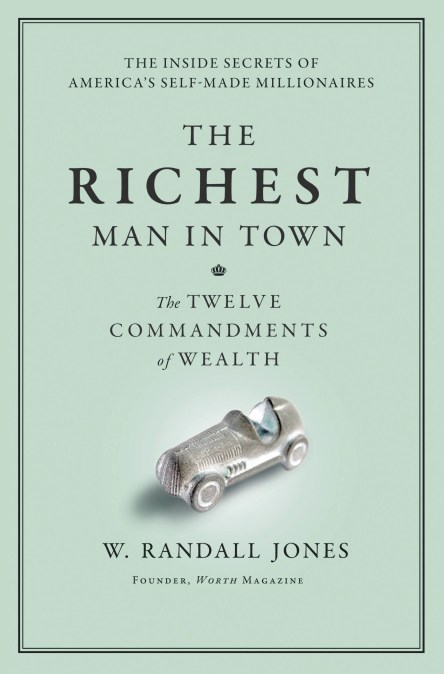 The Richest Man in Town

by Randall Jones
Secretly, if not overtly, almost everyone in America desires to become rich: to make it big, to enjoy the fruits of the most successful life imaginable. But unfortunately, most of us don’t have a clue how to reach these all too elusive goals. Quite simply, there’s no definitive road map for getting there, no proven plan, and certainly very little access to those who have become “the richest man in town.”

But now W. Randall Jones, the founder of Worth magazine, is about to change all that. He’s traveled to one hundred different towns and cities across the country and interviewed the wealthiest resident in each. No, these are not those folks who inherited their wealth, or happen to be a CEO of a Fortune 500 company. Rather, these are the self-made types who, through hard work and ingenuity, found their own individual paths to financial success.

Remarkably, during his research, Jones found that these successful people were not so different from one another. They all shared many of the same traits and followed what the author calls the Twelve Commandments of Wealth: stay hungry (even when you’re successful) . . . you really do learn more from failing than you may think . . . absolutely be your own boss, the sooner the better . . . understand that selling is the key to success . . . where you live doesn’t matter . . . never retire, and other, more surprising revelations.

Practical, unique, and inspiring, this book lets you peek inside the living rooms of dozens of America’s most successful people-and shows how you, too, can become The Richest Man in Town. 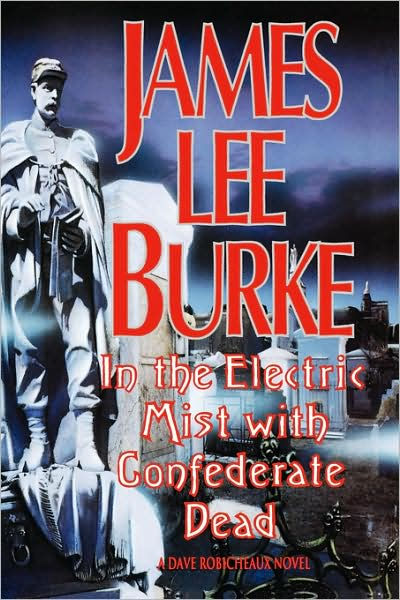 In the Electric Mist with the Confederate Dead

by James Lee Burke
Haunted by the reemergence of a forty-year-old unsolved murder, detective Dave Robicheaux must also contend with a spate of serial killings of prostitutes and local dissension about the movie company that is shooting in town. 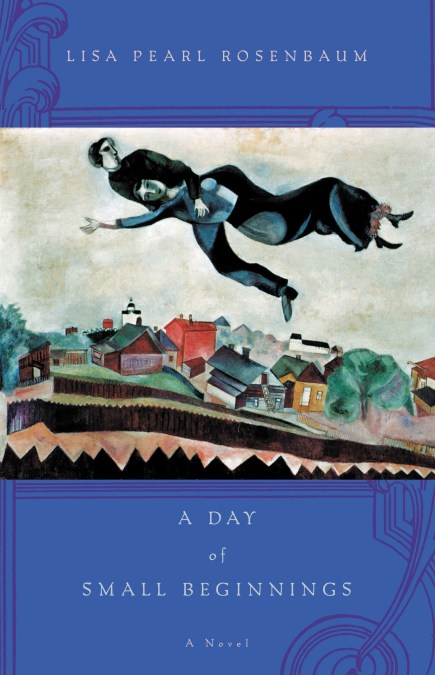 A Day of Small Beginnings

by Lisa Pearl Rosenbaum
Poland, 1906: on a cold spring night, in the small Jewish cemetery of Zokof, Friedl Alterman is wakened from death. On the ground above her crouches Itzik Leiber, a reclusive, unbelieving fourteen-year-old whose fatal mistake has spurred the town’s angry residents to violence. The childless Friedl rises to guide him to safety — only to find she cannot go back to her grave. Now Friedl is trapped in that thin world between life and death, her brash decision binding her forever to Itzik and his family: she is fated to be forever restless, and he, forever haunted by the ghosts of his past.

Years later, after Itzik himself has gone to his grave, his son, Nathan, knows nothing of his bitter father’s childhood. When he begrudgingly goes to Poland on business, Nathan decides on a whim to visit his ancestral town. There, in Zokof, he meets the mysterious Rafael, the town’s last remaining Jew, who promises to pass on all the things Itzik had failed to teach his son – about Zokof, about his faith, and about himself. 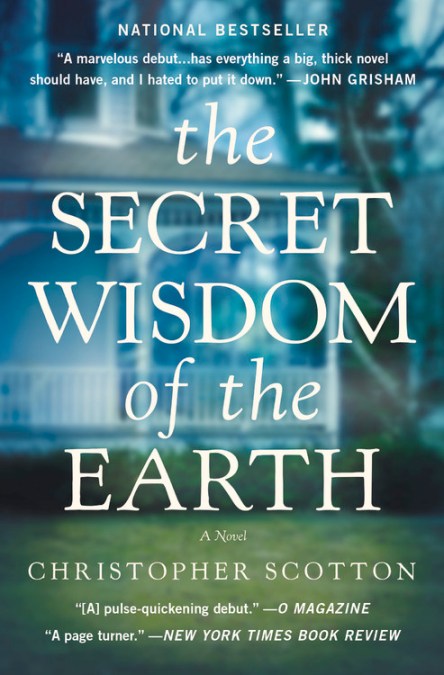 The Secret Wisdom of the Earth

by Christopher Scotton
“A marvelous debut…has everything a big, thick novel should have, and I hated to put it down.” — John Grisham

For readers of The Story of Edgar Sawtelle, this is a dramatic and deeply moving novel about an act of violence in a small Appalachian town and the repercussions that will forever change a young man’s view of human cruelty and compassion.

After seeing the death of his younger brother in a terrible home accident, fourteen-year-old Kevin and his grieving mother are sent for the summer to live with Kevin’s grandfather. In this town of Medgar, Kentucky, a peeled-paint coal town deep in Appalachia, Kevin quickly falls in with a half-wild hollow kid named Buzzy Fink who schools him in the mysteries and magnificence of the woods.

The town is beset by a massive mountaintop removal operation that is blowing up the hills and back filling the hollows. Kevin’s grandfather and others in town attempt to rally the citizens against the “company” and its powerful owner to stop the plunder of their mountain heritage. But when Buzzy witnesses a brutal hate crime, a sequence is set in play that will test Buzzy and Kevin to their absolute limits in an epic struggle for survival in the Kentucky mountains. 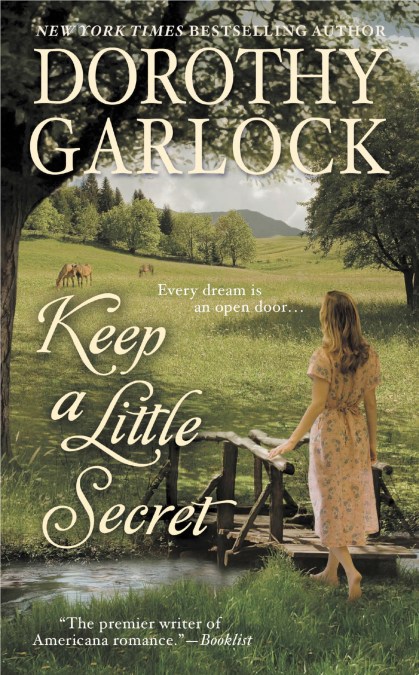 by Dorothy Garlock
The novel from the New York Times bestselling author follows Charlotte Tucker, the young girl from Garlock’s most recent novel, Stay A Little Longer, into adulthood.

As a child, Charlotte Tucker was raised in small town Minnesota where the only real company was the people who came to her aunt Louise’s boarding house. Several years later, Charlotte is a young woman and thirsty to get out of her hometown and see the world. When a teaching position opens up in Oklahoma, she jumps at the opportunity to take a room on John Grant’s ranch in Sawyer, a small town to the north, to begin her new career.

She soon befriends Owen and Hannah Wallace, a brother and sister who have come from Colorado following the death of their mother. Abandoned at an early age by a father they never knew, they are set on revenge against the man who left them — a man they believe is John Grant. As the summer heats up and a brutal storm wreaks havoc on the town, a secret is revealed that threatens to change Charlotte’s life — and her new friends — forever. 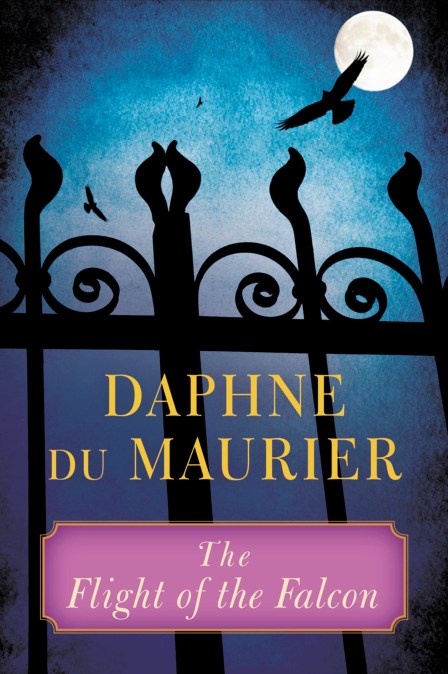 The Flight of the Falcon

by Daphne du Maurier
As a young guide for Sunshine Tours, Armino Fabbio leads a pleasant, if humdrum life — until he becomes circumstantially involved in the murder of an old peasant woman in Rome. The woman, he gradually comes to realise, was his family’s beloved servant many years ago, in his native town of Ruffano. He returns to his birthplace, and once there, finds it is haunted by the phantom of his brother, Aldo, shot down in flames in ’43.

Over five hundred years before, the sinister Duke Claudio, known as The Falcon, lived his twisted, brutal life, preying on the people of Ruffano. But now it is the twentieth century, and the town seems to have forgotten its violent history. But have things really changed? The parallels between the past and present become ever more evident. 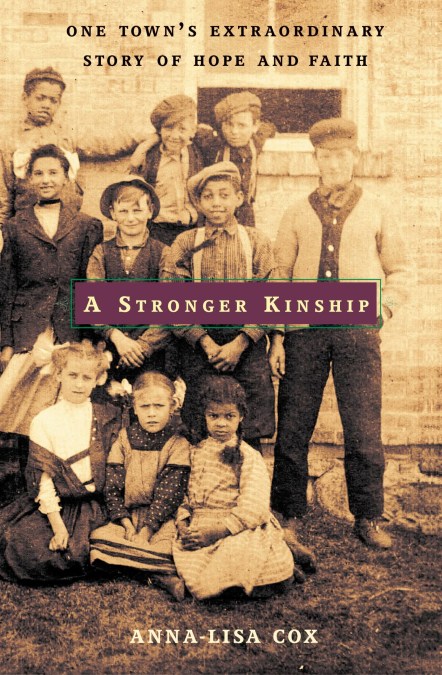 by Anna-Lisa Cox
Starting in the 1860s, the people of Covert, Michigan, broke laws and barriers to attempt what then seemed impossible: to love one’s neighbor as oneself. This is the inspiring, true story of an extraordinary town where blacks and whites lived as equals.
Next Page