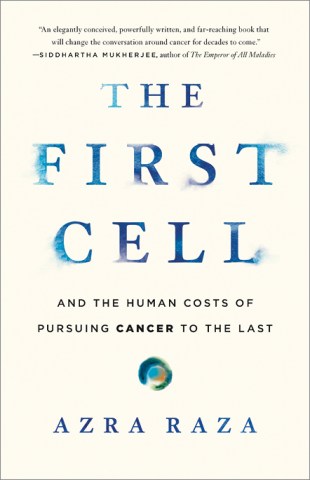 "An elegantly conceived, powerfully written, and far-reaching book that will change the conversation around cancer for decades to come."--Siddhartha Mukherjee, author of The Emperor of All Maladies
Amazon's Best Science Book of 2019
One of Smithsonian's Top 10 Books of 2019
The New York Times, Books to Watch For in October 2019
Amazon, Top 100 Books of 2019
LitHub, Most Anticipated Books of 2019
BookRiot, Must-Read Books on Cancer
Starred Review from Publishers' Weekly
Starred Review from Kirkus
One of the New York Times' Eighteen New Books to Watch For in October—Joumana Khatib
"Raza asks hard questions ... and she hopes to jolt people into looking for a new paradigm in the so-called war on cancer."—Henry Marsh, The New York Times Book Review
"An incisive critique-cum-memoir"—Nature
"Raza, a Columbia University professor of medicine and practicing oncologist, offers a passionate account of how humans grapple with the scourge of cancer.... Showing that compassion is just as important for cancer patients as the drugs administered to them, Raza's deeply personal work brings understanding and empathy to the fore in a way that a purely scientific explication never could."
—Publishers Weekly
"With elegant literary references and a compassion that deeply personalizes her interactions with patients and families, [Raza] engages readers in a commitment to finding a better way. Intelligence, empathy, and optimism inform the argument for new research on cancer that could obviate the suffering prevalent today."—Kirkus
"We are accustomed to a narrative of war in books by cancer researchers. The doctors are generals on the barricades alongside their soldier patients. Progress is slow, but the battle is gradually being won. This book tells another story. The drugs that are declared successes offer only a few weeks of painful extension of life. The best clinicians are usually thrown back on the primitive combination of cut, poison, and burn that as students, they thought they would look back on as an embarrassment. Bespoke genetic treatments have significant limitations. Azra Raza breaks out of the official story to tell a new one. She's not fighting a war. She's negotiating with a resilient and dynamic enemy. She wants to change the terms of engagement. No more fighting at the endgame, but hunting down the first deviant cells. This book is a passion project, a personal story, a scientific proposal, and quite simply one of the most compelling books you'll read. It breaks out of the standard narrative. It invents a whole new one. It works. By the end you'll want to sign on to her revolution."—Sherry Turkle, author of Alone Together and Reclaiming Conversation
"When the history of cancer is eventually written, Azra Raza's book will be one of the touchstones that illuminated the path to victory."
—Amanda Foreman, author of The Duchess
"An elegantly conceived, powerfully written, and far-reaching book that will change the conversation around cancer for decades to come."—Siddhartha Mukherjee, author of The Emperor of All Maladies
"With command and clarity, Azra Raza indicts the cancer industry with such force that it begs the question: Are we really winning the cancer war? The First Cell is an intricately woven, often lyrical, tapestry of anecdote and authority that returns the suffering patient to the foreground of medical innovation. Raza expertly illustrates the complex choreography of cancer's nefarious dance, and her fascinating proposal will surely thrust cancer therapy from the 20th to the 21st century."—Tina Brown, journalist and author of The Diana Chronicles

"A beautifully written book from a leading cancer expert who is also a caring, committed clinician."—Peter D. Kramer, author of Listening to Prozac and Ordinarily Well
"As a cancer survivor, I can testify that Azra Raza's call to action for more research on early detection is vitally important. In a world driven by profit, this book is by a doctor who thinks about the patient first."—Ruchira Gupta, journalist and activist
"Azra Raza is famed as a titan in the field of oncology. Perhaps less well-known is that she is a sensitive and passionate writer as well. In The First Cell she combines the scientific and the human, medicine and the arts, to give us a unique view into something that touches all of our lives -- offering us reasons for hope, and reasons also for sorrow."—Mohsin Hamid, author of The Reluctant Fundamentalist and Exit West
"Unraveling myth and metaphor surrounding the disease with unrelenting acuity and sharing the pathos of lives have been slashed of years and months and shorn of hope and promise by cancer, Dr. Raza reveals a world that has of yet been inaccessible to those who mourn humanity's lack of progress against the disease while being simultaneously baffled by it. Here is a masterful rendition of how an emphasis on curing cancer, instead of working to detect its first venomous breath, has exacted a terrible price in human lives, including that of her very own husband, Harvey. The First Cell is an intertwining of literature and life, science and cutting edge cancer research, that demands a radical transformation in the way we humans understand the most tragic killer of our time. Through her poignant story-telling and the strength of a scientific vision built on decades of hard-wrought lessons gleaned from her work as a clinician and research scholar, Dr. Raza presents an arresting account that challenges our core understanding of cancer and cure."
—Rafia Zakaria, journalist and author of The Upstairs Wife and Veil
"With wisdom distilled from more than three decades of clinical practice, the sensibilities of a poet, and a deep compassion for her fellow humans, Dr. Azra Raza provides a compelling argument that a key way forward in improving patient outcomes is early diagnosis and treatment, before cancer has become much too complex for any therapy to overcome."—David Steensma, Attending Physician at the Dana-Farber Cancer Institute and Associate Professor at Harvard Medical School

"The First Cell is the rare book that brings both a personal and scientific experience of cancer together. It questions the profiteering that floods our environment with carcinogens in the first place, and also those that profit from treating it. Azra Raza puts our focus where it should be: on prevention and early detection."
—Gloria Steinem
"An affecting, fascinating, timely, and uncompromisingly honest look at where we stand in treating the most fearsome disease in most people's worry list."—Steven Pinker, Johnstone Professor of Psychology at Harvard University and author of Enlightenment Now: The Case for Reason, Science, Humanism, and Progress
Read More Read Less 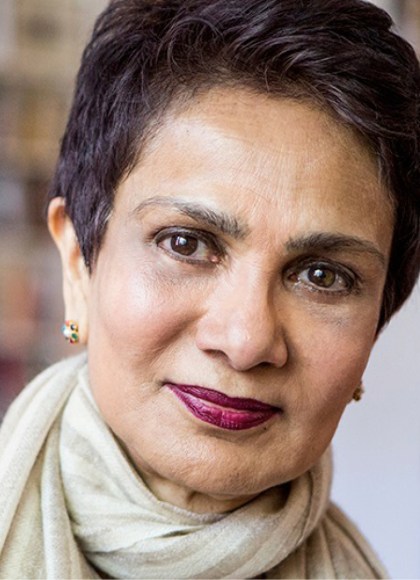 Azra Raza is the Chan Soon-Shiong professor of medicine and the director of the MDS Center at Columbia University. In addition to publishing widely in basic and clinical cancer research, Raza is also the coeditor of the highly acclaimed website 3QuarksDaily.com. She lives in New York City.