“Cooke dives into sex and gender across the animal kingdom, dispelling all the misogynist notions of females being the weaker sex…This book elevates not just the science itself but the scientists that have been marginalized for too long.”
—Lucy Roehrig, Booklist
“Cooke charts the rising influence of feminism on the ‘phallocracy’ of evolutionary biology over the past several decades, arguing for the power of more recent female-led science to, for example, reframe core beliefs about sexual selection, maternal instinct and self-sacrifice, and proclivities for monogamy or nymphomania. In doing so, she introduces us to a marvelous zoetrope of animals—not just primates, but venomous intersex moles, hyenas that give birth through their clitoris, filicidal mother meerkats, and postmenopausal orcas.”
—The Atlantic
“A 300 page romp through the animal kingdom and 150 years of sexist science that demonstrates that 'female animals are just as promiscuous, competitive, aggressive, dominant and dynamic as males'. We meet a staggering array of females taking their reproductive destinies into their own paws.”
—Rachel Cunliffe, The New Statesman
“A dazzling, funny and elegantly angry demolition of our preconceptions about female behaviour and sex in the animal kingdom… Bitch is a blast. I read it, my jaw sagging in astonishment, jotting down favourite parts to send to friends and reading out snippets gleefully.”
—The Observer
“A colourful, committed, and deeply informed book.”—Sunday Times
“Marvellous. Cooke merrily demolishes myth after myth about our wild sisters.”
—Telegraph
“Humorous, absorbing, sometimes shocking, and bound to be a conversation starter.”
—BBC Wildlife Magazine
“In vivid detail, Cooke highlights animals that defy stereotypes. . .The author has a charmingly irreverent style that, among other things, pokes holes in the sexist scientific research of old that used cherry-picked data to conclude females weren’t worth studying.”—Publishers Weekly
“A top-notch book of natural science that busts myths as it entertains.”
—Kirkus
“Cooke expertly explains current scientific research with engaging humor, interspersed with first  person accounts and an impressive number of interviews with scientists who are rewriting the binary narrative.”
—Library Journal
“Brilliant… readers will never see the world the same way again… [Bitch inspires] awe in the breathtaking diversity of nature and the evolutionary roots of our behaviour.”
—Times Literary Supplement
“As we search to define our gender, combat prejudice and misogyny, and celebrate the myriad of femininity, Lucy Cooke looks to the animal kingdom to see what it can teach us about femininity’s true nature.”—Reaction
“A charming mix of wit and scientific analysis… Aside from knocking males off their evolutionary perch and
empowering women, this book can inspire the LGBTQ community, as it’s clear that their identities and lives are reflected across the natural world.”
—Irish Times
“The stories in Bitch are rich in detail, and Cooke is an hilarious and engaging writer.”—iNews
"A glorious rebuttal of everything we have believed about gender since Charles Darwin got it all wrong."—Daily Mirror
“Mr. Darwin, your time is up. This is the evolutionary reboot us bitches have been waiting for.”—Sue Perkins, comedian
“Lucy Cooke blows two centuries of sexist myths right out of biology. Prepare to learn a lot—and laugh out loud. A beautifully written, very funny and deeply important book.”—Alice Roberts, author of Evolution
“A triumphant upending of the outworn sexist mythology that pervades our scientific perception of all animals—including ourselves. With intelligence and great wit, Bitch explores the dynamic, diverse ways of being female on an ever-evolving planet. This is a joyous revolution.”—Lyanda Lynn Haupt, author of Rooted and Mozart’s Starling
“Fun, informative and revolutionary all at once, Bitch should be required reading in school. After reading this book one will never look at an orca, an albatross, or a human the same way again. And the world will be better for it.”
—Agustin Fuentes, professor of anthropology at Princeton University and author of The Creative Spark
Read More Read Less 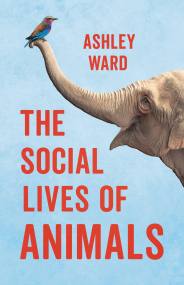 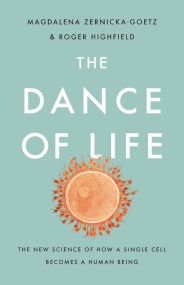 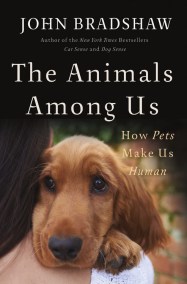 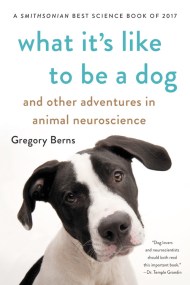